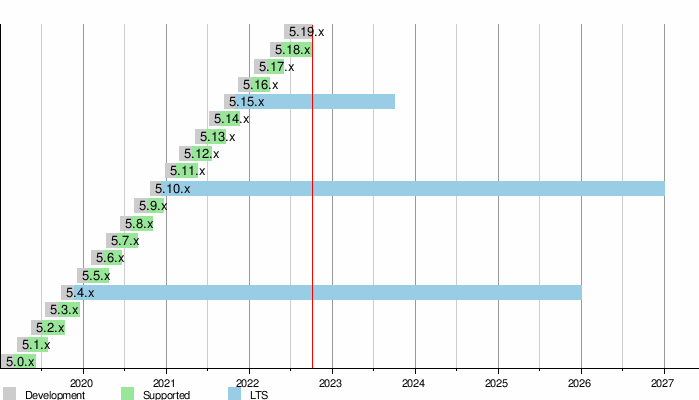 The Linux kernel is a free and open-source, monolithic, modular, multitasking, Unix-like operating system kernel. Linux is deployed on a wide variety of computing systems, such as embedded devices, mobile devices (including Android), personal computers, servers, mainframes, and supercomputers.

There are several main categories into which kernel releases may fall:

More information is available on the Linux Kernel website.

You can submit an improvement to this page on GitHub. This page has a corresponding Talk Page.

A JSON version of this page is available at /api/linux.json. See the API Documentation for more.

Latest releases on this page are automatically updated