Nvidia designs graphics processing units (GPUs) for the gaming and professional markets, as well as system on a chip units (SoCs) for the mobile computing and automotive market. This page tracks Nvidia drivers, which provide support for their various GPU lineups and are available for Windows, Linux, Solaris, and FreeBSD. 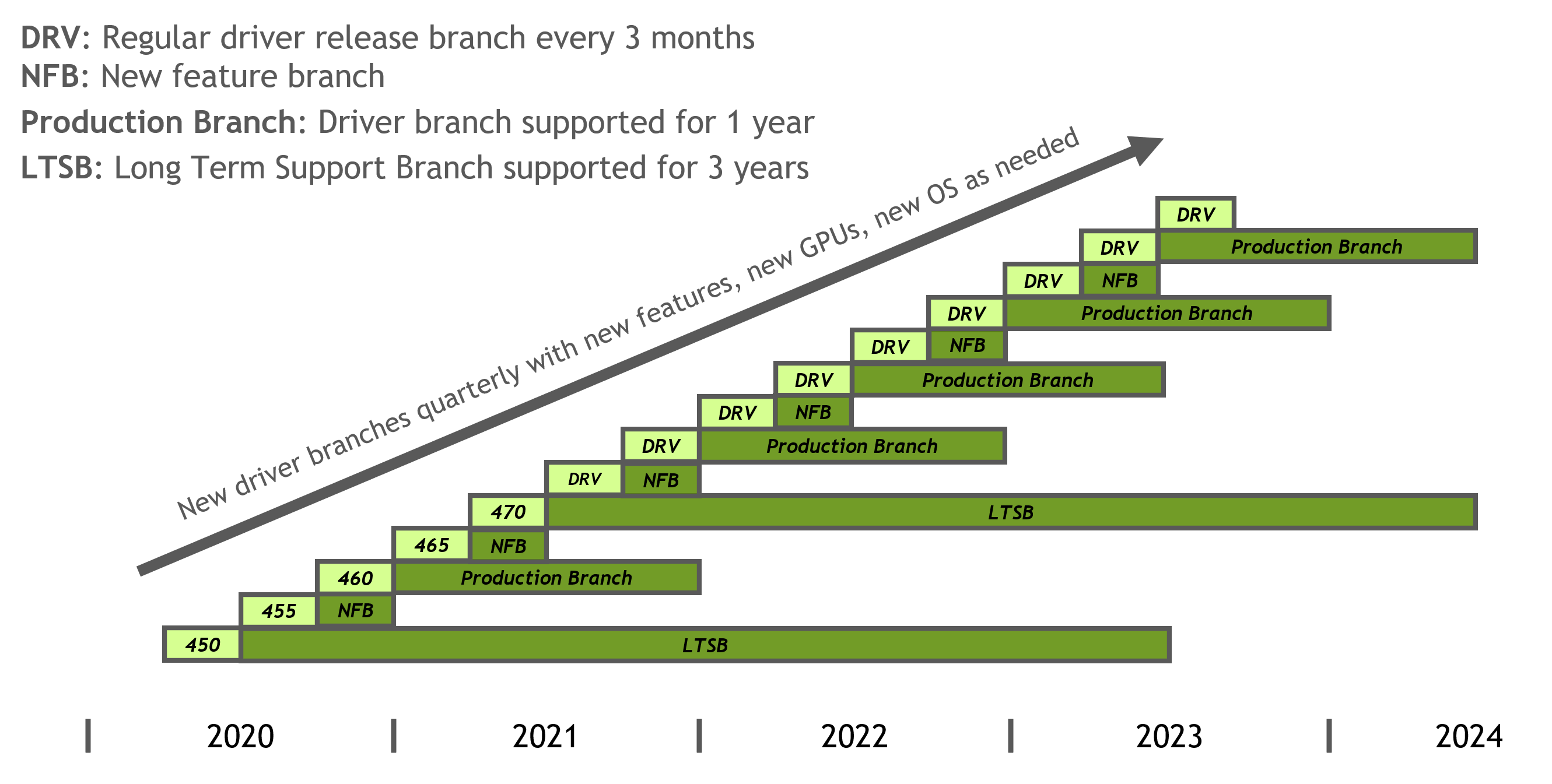 GPUs supported by any given branch is dependent on the operating system.

The following table explains the release cadence and lifecycle for datacenter GPU drivers:

More information is available on the NVIDIA Driver website.

You can submit an improvement to this page on GitHub

. This page has a corresponding Talk Page.

A JSON version of this page is available at /api/nvidia.json. See the API Documentation for more information. You can subscribe to the iCalendar feed at /calendar/nvidia.ics.