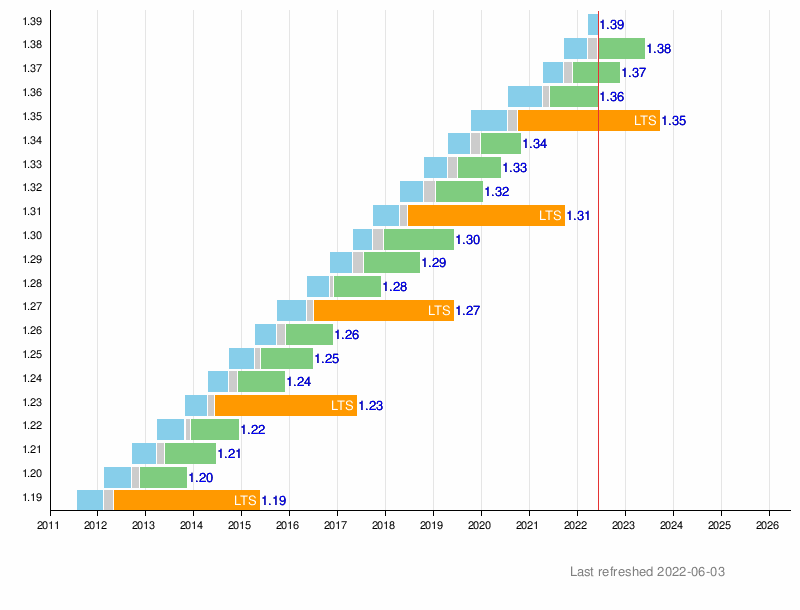 MediaWiki is a wiki engine, and mostly known as the software that powers Wikipedia, but it is also frequently used for other wikis.

Since Version 1.36, MediaWiki only supports upgrading from two major long-term support releases (LTS) ago. Upgrades from older versions of MediaWiki will have to be performed in multiple steps.

You can submit an improvement to this page on GitHub. This page has a corresponding Talk Page.

A JSON version of this page is available at /api/mediawiki.json. See the API Documentation for more.

Latest releases on this page are automatically updated